ROUND TABLE SYMPOSIUM ON BENEFITS AND OPPORTUNITIES OF CANNABIS PLANT AND C.B.D OIL IN NIGERIA – MEDICALS, EMPOWERMENT, AGRO-ECONOMY, I.G.R AND TRADE EXCHANGE

The adoption and use of the CBD oil extracted from Cannabis plants has become a hard currency for nations, owing to its numerous benefits. The use of CBD oil across various countries of the world has proven beneficial for the citizen’s health and the country’s economy. 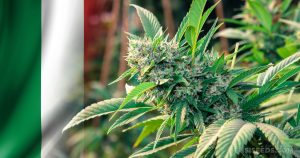 As pointed out by Medical experts, the CBD oil gotten from Cannabis plants can serve several health and economic benefits, however in Nigeria we continue to play the Ostrich to a booming multi-billion dollar details which could serve as an immense boost for us as a nation, with respect to our health sector and our economy at large.
In recent times Nigeria’s life expectancy generally has declined over the years and this has adversely affected the economy and more importantly affected the rate of death and illness in the country. Statistics in recent time has also shown that nations across the world adopt the use of CBD oil and its production process as a viable health and economic boost however, its usage is totally prohibited in Nigeria and ironically it is classified as illegal product. “ILLEGAL” by what law and on what hypothesis: Cannabis is a product that grows effortlessly in most part of Nigeria.

The misuse of cannabis leave as a drug in time past has adversely affected the belief that cannabis as a plant can be useful for numerous health and trade benefits.
In time past, cannabis was mostly associated with drug abuse and addiction which generally affected the mental state of mind of teeming youth. It may become difficult to bring to our understanding that Cannabis plant can be of immense help not just to the health alone but also to the nation’s trade exchange and exports economy.

Set in motion a national discourse to get the legislation process of legalizing the farming, production and use of Cannabis Oil in Nigeria.

In pursuance of the above objectives –

In pursuance of the above objectives –

Phase 1 was a Press Conference on Cannabis Plant and CBD Oil – The advocacy campaign was launched through a Press Conference that had in attendance the major national, zonal and State Press Corps which cuts across government and private outlets. The media advocacy was covered by traditional media, online /social media space (websites, Facebook, Twitter, and Instagram), with support of from influencers, and partners for further dissemination.
The press conference achieved the targeted objective: to get the attention of the press corps and general public to support the course, create the awareness for the symposium, and mobilise publicity within and outside the country.

Phase 2 which is The Stakeholders’ Round table Symposium on Cannabis Plant and CBD Oil – is targeted towards the invitation of key players, professionals to Juxtapose with facts and scientific analysis, that cannabis plant, in specific the CBD Oil is almost equivalent to Crude which is presently the back bone of the nation’s economy. The symposium is to be attended by experts and active stakeholders on the activity schedule.

Economically, it is the next gold and multi-billion-naira income within the next 10 years for starters to any nation’s economy – Agriculture and industrial value chain